Clean eating is something which has come under fire over the last year or so in wellness circles, and has more recently drawn attention from the wider public, originally picked up by Tatler (who published a report on the ‘trend’ sweeping society schools) and also reported in this Daily Mail article on clean eating in boarding schools.

Diet culture needs tackling. Where ‘clean eating’ feeds this – it’s a problem. Individuals need to be educated and supported. Perhaps the lesson here is all viral fads are unlikely to ever be holistic (when things go viral they’re not joined by the scientific papers and research are they?!) and so are potentially always dangerous because a fad, even if it sounds saintly and perfect and #wellness, is still a fad and the lifestyle that follows from it is unlikely to be as tailored, balanced and healthy as it needs to be if it comes from a buzzword, be it ‘clean eating’ or ‘Atkins’. – B, @legallygymliving 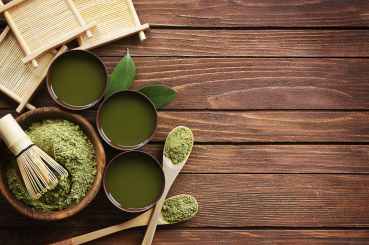 Clean eating: what is it?

The way I and many other fitness and nutrition enthusiasts understand it is the idea that certain foods are, for want of a better word, ‘cleaner’ than others… i.e. not processed, as close as possible to their natural state… Essentially from nature. I heard phrases when I first got into clean eating like: ‘if it didn’t die or grow in the ground, avoid it’.

And what’s the harm, right? We all need to be encouraged away from eating so much processed, junk and massively added sugar-laden food don’t we?

Well… to an extent. I personally believe the ‘movement’ started with these good intentions – to encourage eating whole, natural, unprocessed foods as much as possible, to try and ‘re-set’ what people regard as go-to foods to a healthier place. For example, James Duigan’s Clean, Lean cookbooks (he founded Bodyism and coached celebs like Elle McPherson).

But increasingly there’s been a backlash against the movement as it grew – let’s talk about why.

Semantically, the opposite of clean is dirty, right? So the backlash can be summarised in a nutshell like this.

People begin dividing foods into ‘clean’ and ‘dirty’. It spirals out of control. Orthorexia rises (an eating disorder where people become obsessed with only eating ‘clean’), presumably triggered by the cultural prevalence of a movement that seems healthy but encourages binary thinking about food as GOOD vs BAD. Instead of being a balanced, encouraging tagline, the term essentially seems to encourage an either/or mindset and this catches on beyond the pockets of health bloggers and fitness professionals via instagram, and grows and grows into a clean eating frenzy – so we’re basically back to demonising certain foods on a fairly wide scale, because they’re not clean, and worrying about whether we can eat stuff – is it ‘clean and lean’ or is it ‘dirty’ or ‘bad for me’. It’s like the 80s and 90s fad diets all over again, but dressed up as balance and health.

This is pretty much how and why the backlash happened.

And I agree it needs to be discussed – it’s dangerous, particularly for impressionable young girls, boys and even adults who glean all their nutritional information from the media – to become brainwashed and let this kind of mindset spiral out of control.

Influencers like Alice Liveing realised the movement was having unintentional negative consequences, and distanced themselves – Alice famously changed her instagram username from @cleaneatingalice to @aliveliveing partially for this reason.

Read the Daily Mail article for Rhiannon Lambert’s (a Harley Street nutritionist) comments on this, as I think it’s key to read what actual nutritionists are saying about these issues!

I am not a nutritionist, so I’m not qualified, I can’t advise, this is just my personal view! I am a nutrition and fitness enthusiast and I followed the clean eating trend as it rose, and fell. I see both sides of the coin. It didn’t trigger orthorexia in me, despite being an ex-eating-disorder sufferer (of bulimia and body dysmorphia). It has clearly triggered an increase in orthorexia, or at least been problematic for ED suffers and this really needs to be addressed.

I think we need to be so careful about how we talk about food and ensure we’re not promoting things that can make it easier for eating disorders to be triggered. But remember – they are eating disorders and it’s a mental and physical health issue. Describing food as clean isn’t a single cause, and the movement was initially, I believe, well-intentioned and an attempt to educate.

It’s hard to know what language to use because there’s no getting away from the fact that some foods ARE nutritionally more beneficial than others. The problem is, a description of food can’t be taken in isolation (and neither can a meal or a snack!) We need to look at the whole picture.

Yes, labelling foods as just clean or dirty is damaging in isolation.

You can have cake, burgers, pizza, nachos etc. in MODERATION and still be healthy (and lose fat if that’s your goal).

Just like you can eat a caloric surplus of ‘clean’ foods – nuts, rice, sweet potato, chicken, broccoli and gain weight.

Ultimately, it’s about the wider culture, and your wider nutritional intake, self-image, body confidence, the whole shebang. We can’t lie to ourselves and say pizza or chocolate are as great for our bodies gram for gram as broccoli, mixed veggies, potato and lean protein! I appreciate ‘dirty’ is a loaded word but we do need to be aware of the additives in our food.

So I think it’s all about context, balance, and trying to avoid saying ‘clean’ and ‘dirty’ around food as much as possible, but sometimes I do say ‘clean’ and I think providing the context is there, it’s totally OKAY. The problem is the way people are educated about their diet in general, the way certain body types are idolised or vilified, the tearing apart of celeb bodies in the media (constant comments particularly with women in the gossip mags!) and the fact it’s ASSUMED all women WANT to lose weight… to name a few!

Diet culture needs tackling. Where ‘clean eating’ feeds this – it’s a problem. Individuals need to be educated and supported. Perhaps the lesson here is all viral fads are unlikely to ever be holistic (when things go viral they’re not joined by the scientific papers and research are they?!) and so are potentially always dangerous because fad, even if it sounds saintly and perfect and #wellness, is still a fad and the lifestyle that follows from it is unlikely to be as tailored, balanced and healthy as it needs to be if it comes from a buzzword, be it ‘clean eating’ or ‘Atkins’.

Where describing foods as clean can be helpful and is done in context, I think that’s fine.

What are your thoughts around these issues? It’s such a complicated topic! Let me know in the comments.

Ooh, and I also published a post a while ago you might like to read if you’re interested in this area (see ‘An Apology’ here)  in which I dealt with how I now feel about past bits of my fitness and health ‘journey’ (cringe), where I did promote clean eating and various things that at the time I loved but now don’t feel comfortable about…

If you suffer with an eating disorder, think you do, or are struggling with your relationship with food or your body, please contact your GP and a nutritionist (and ideally therapist).

Some of the organisations below may help:

Beat, an eating disorders charity. (They have a helpline too!)

This site uses Akismet to reduce spam. Learn how your comment data is processed.